Professional training college of culinary, nutrition and confectionery promoting “SHOKUIKU” from Japan to the world.

A fusion between the traditional and the modern culinary world. The history of the college.

Designated as a nutritionist training facility by Nutritionists Act from the Minister of Health and Welfare.

Designated as the first school facility for the training cooks under the Cook’s Law(1958) and integrated as the only college for both nutritionists and cooks.

Kiyoko Hattori assumed as Director and Principal of the College.

Minister for Labor permitted the college as a free job placement agency.

Yukio Hattori assumed as Director and Principal of the College. 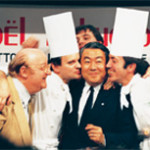 Technology tie-up was exchanged in overseas such as France, Belgium, Italy, South Korea, and China, inviting famous chefs around the world.

Implemented personal computers to create menus in the Department of Nutrition.

Designated by the French government as one of the educational institutions participating “French Year in Japan” celebrations.

Designated by the Italian government as one of the educational institutions participating “Italian Year in Japan” celebrations.

Recognized as an institution conducting training workshops by the Spanish governmental association.

Set up of the “HATTORI SHOKUIKU CLUB”, co-sponsored by various companies. 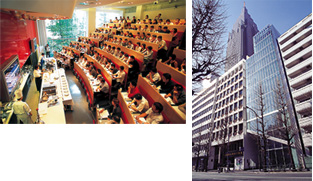 Held the workshops of molecular cooking method with the professor/author of “Herve This” in National Center of Recherche Scientifique (France). 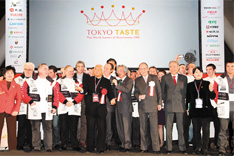 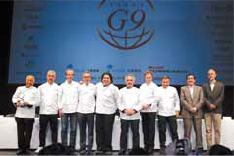 Hosted and produced by Yukio Hattori, “G9+TOKYO TASTE 2012,” inviting global top chefs to assist the reconstruction of Tohoku earthquake, and signed the cooperation agreement with Basque Culinary Center, the university in San Sebastian.